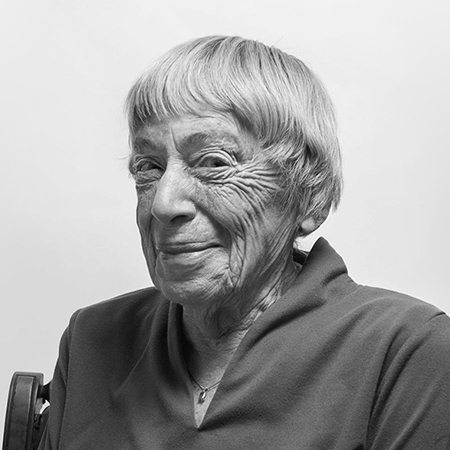 "I love translation because I translate for love. I'm an amateur. I translate a text because I love it, or think I do, and love craves close understanding. Translation, for me, is discovery." - Ursula K. Le Guin

Ursula K. Le Guin has recently passed away at the age of 88. Her legacy as “the grande dame of science fiction”, as she is called by the Washington Post, seems to not do her justice.

Born Ursula Kroeber in Berkeley, California in 1929, she is an immensely popular author and translator who brought feminine sensibility to the science fiction and fantasy world. Her books and poems range from young-adult adventures to deeply philosophical fables, producing notable works such as the Earthsea series and The Left Hand of Darkness. Her recent publications include the novel Lavinia, Words Are My Matter, an essay collection, and Finding My Elegy, New and Selected Poems. Her website is UrsulaKLeGuin.com.

Ursula K. Le Guin is the winner of the Hugo, Nebula, Gandalf, Kafka, and National Book Awards. An honored author of children’s books, poetry, and criticism, she has also received the Endeavor, Locus, Tiptree, Sturgeon, PEN-Malamud, and the Pushcart honors. She has received a lifetime achievement award from the World Fantasy Awards, Los Angeles Times, Pacific Northwest Booksellers Association, and Willamette Writers, as well as the Science Fiction and Fantasy Writers of America Grand Master Award and the Library of Congress Living Legends Award, among many others. She died on January 22, 2018, in her Portland, Oregon home at 88 years old. May she rest in peace.