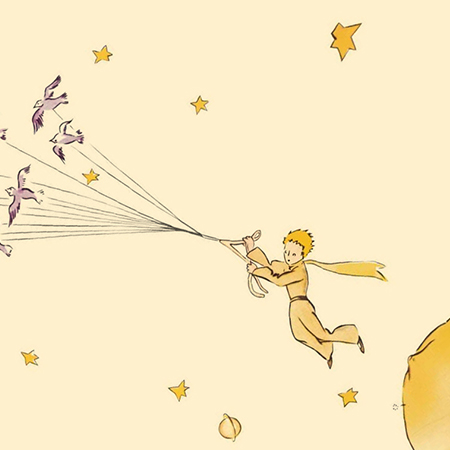 During the 75+ years since its original publication, translators have attempted to ‘tame’ the original French version of Antoine de Saint Exupery’s The Little Prince, turning the novella into a literary phenomenon. One of the most translated books in the world, The Little Prince tells the story of a pilot, charmingly reminiscent of Exupery, who had an aviation background himself. Stranded in a desert and on the edge of survival, the pilot meets a young prince who self-identifies as a traveler from his home on a distant asteroid. Being the only occupant of this asteroid, the little prince is neither boy nor man and educates the pilot in ways unimaginable.

The international impact of The Little Prince is undeniable. Sitting on the shelf at a humble 100 pages, depending on the version and translation, the story packs into its thin frame all the wonder and philosophy of the original. Because The Little Prince is such a widely distributed book, it is a great choice for translators who want a short, yet meaningful project.

The Little Prince in numbers:

To read The Paris Review’s interview with Richard Howard about his career, click here.

For a comprehensive history of The Little Prince, start with its production history.

Enjoy the audiobook in English, here.