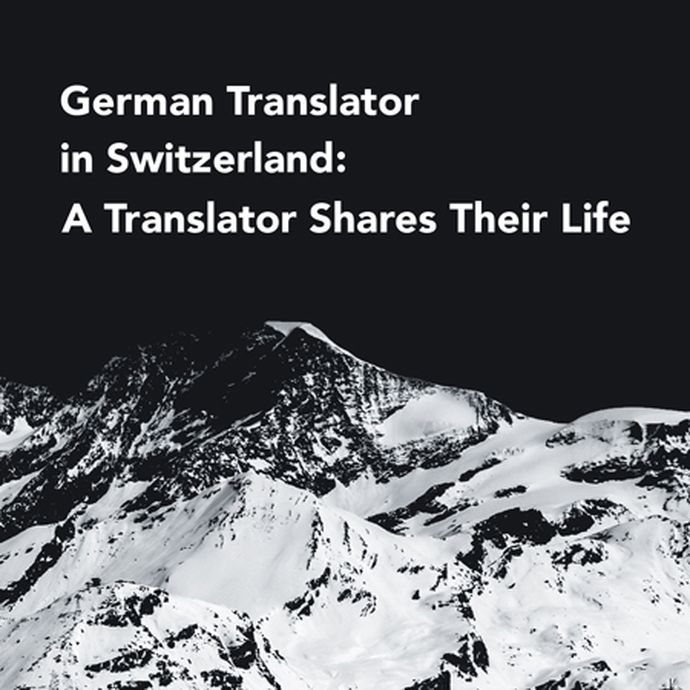 Although New York and Paris based, MotaWord’s translators represent over 80 languages in 154 countries. How each grew to become a professional translator reflects the cultures that make the world so rich. In this blog, Irena Rullo, a German translator in Switzerland recounts her path to becoming a French to German translator.

A French to German Translator Acquires Her Skills

Growing up, what languages were spoken at home? I grew up in the German-speaking part of Switzerland in a family from southern Italy. At home, we spoke Italian and our Italian dialect. At school, I spoke Swiss German with the other children and in class, the lessons were held in standard German. So I think of myself as being native in four languages.

Though Swiss, Irena Rullo does not speak the 4th Swiss language, Romansh. Watch a few people speak this rare language.

How did you bring your skills up to this professional level?

Growing up in a multilingual environment helped the most. Later at school, we also learned French and then Latin. I hated Latin, but now realize it helped me understand the deeper importance of grammar. After school, I started working for the Government that communicates in the three official languages, German, French and Italian. As I know all three languages I often had to translate short internal emails. I always enjoyed those jobs and a couple of years ago became trained as a professional translator.

*And on the topic of training, read "The Expertise of a MotaWord Translator"*. Learn about the thousands of highly trained translators working collaboratively on translations for MotaWord. We rigorously evaluate, train, monitor and work with our translators to hone their skills. That’s how we can provide you the very highest quality translations quickly and at competitive prices.

Usually, what language pairs do you work in?

On MotaWord I translate from French and English to German – there haven't been many projects from Italian to German yet. (Irena mostly works on the projects of Avis Verifies and Trading 212)

Describe a typical day working on a MotaWord translation job?

I don't have a typical day on MotaWord as I still have my regular work. Normally, I check my email or the platform when I come home to see if there are any projects. Sometimes I also work on MotaWord projects during my lunch break but mostly on my day off and on weekends.

Highs and Lows of a French to German Translator

What do you most enjoy about translating?

The diversity of the topics. Each time I have a new topic I also learn something new; that keeps it interesting. I enjoy also having to be creative, especially when dealing with content that is difficult to translate.

What do you least enjoy about translating?

If I have absolutely no previous knowledge of a topic it takes me longer to learn the basics and the typical words and formulations. And if I can't find many sources for reference, I'm still not sure of the wording (and I don't like not being absolutely sure).

Any advice for German translators who are just beginning?

Invest time for research at the beginning to grow your knowledge in a topic and the specific terms used. For MotaWord I suggest to always check and learn from the corrections from the proofreader. Also, keep an eye on the translations of others. It helps to see how a problem can be solved (sometimes even in many different ways).

Irena shows how being born Swiss made it easier to be a French to German translator. Switzerland has 4 national languages, German, French, Italian and Romansh. All but Romansh are official languages. This Wikipedia article shows how those languages are distributed across Switzerland.