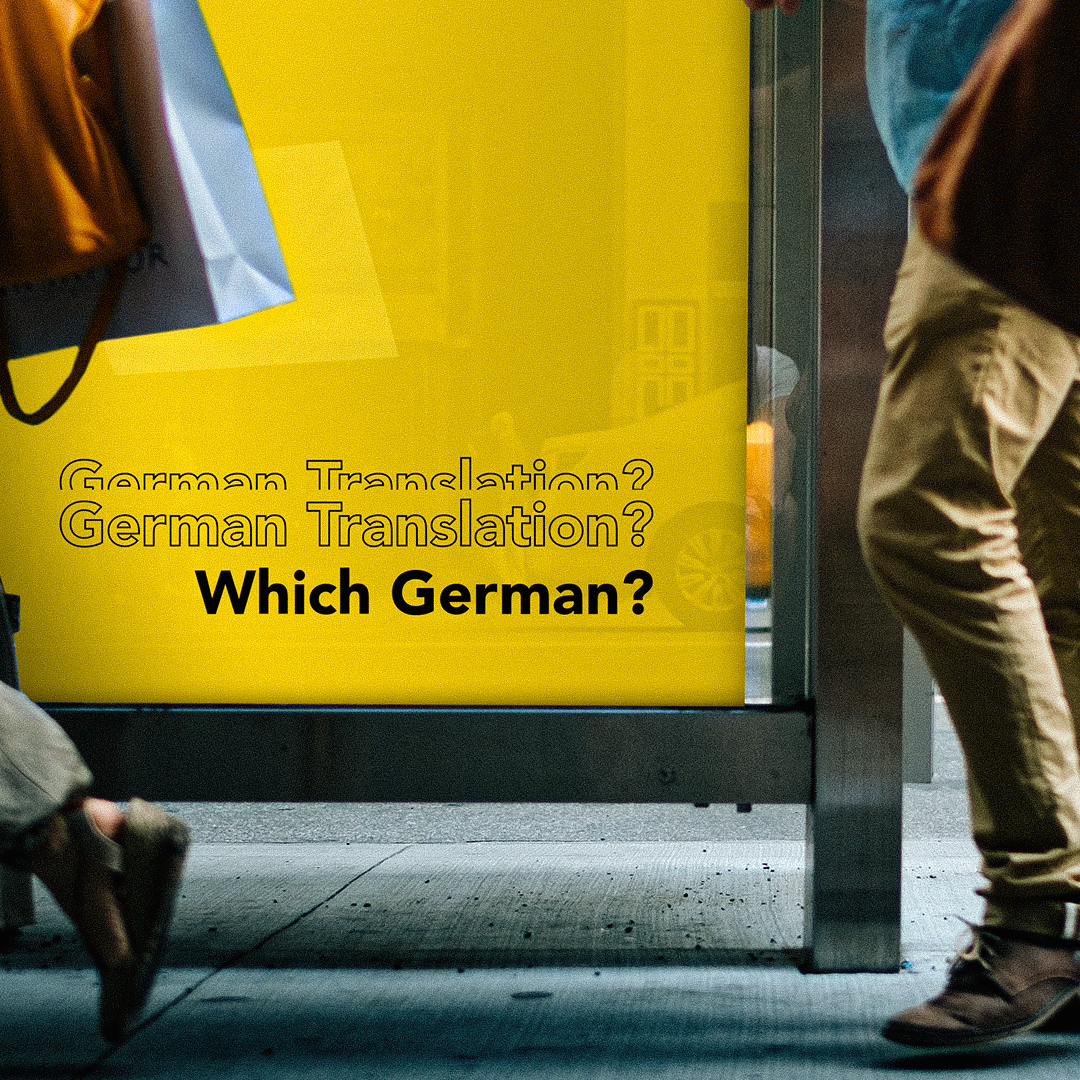 Share
Summary: Should the German translation of your content be localized or globalized? With three forms of standard German, you will still need to know your audience.

German is spoken by 95 million native speakers around the world (Wikipedia)
Countries by percentage of German speakers:

(Source: Wikipedia)
Standard Forms of German (Source: Wikipedia)
German Standard German - as the name would imply, this is the dialect spoken and written in Germany. This is the variety of German that is most frequently taught in schools internationally. There are regional differences to this variety of German language.
Swiss Standard German is also called Swiss High German. This version is one of four official languages in Switzerland and is mostly used as a written, not speak the language. What is spoken in Switzerland is Swiss German. Swiss German is also referred to as Alemannic German.
Are you confused enough yet? A German translation could be any one of the previously mentioned dialects. How then does one do a German translation of a video or audio recording? Amateurs should not try this at home. It can only end in tears for your company’s marketing department.  But wait! There’s one more type of standard German to be accountable for.

Austrian  Standard German, spoken in Austria, is considered the most prestigious form and is used in formal settings and in the media. For casual situations, Austrians will use Bavarian and Alemannic dialects.
For a taste of the variety of dialects in Germany alone you’ll enjoy this:
Me speaking in 12 GERMAN DIALECTS!
Wrestling with this topic might seem daunting but it’s worth remembering that Germany alone is a prized market to be in. Read our blog on this topic. The Case For German Translation - you’ll see that the reward could be well worth the effort.
Let’s focus more on localizing and how a business should approach this task through the lens of Spanish translations. The principles are exactly the same regardless of the specific language.
Read: Spanish Translation For Your Website: Which Spanish?
Now that I’ve scared you sufficiently with many of the larger linguistic landmines you should be aware of, it’s time to provide a guide for how to think about a German translation of your content.
To globalize or to localize?
That is the question!
Whether 'tis nobler in the mind to suffer
The slings and arrows of outrageous mistranslations
I think you get where we’re going with this. For your business, your choice of a German translation can have significant consequences.
What does it mean to globalize a German translation? The quick answer is Standard German but if you go to this Wikipedia link you’ll see it lists German Standard German, Austrian Standard German, and Swiss Standard German. So once again, it is better to do careful diligence and/or hire an expert to understand your target audience and what the best match will be for globalizing
If you have a clearly defined audience that speaks the same dialect then the choice is easy (easy is a relative term here). Localize for that audience’s variety of German. Again, it’s best to hire an expert company. We know that MotaWord has both the skilled translators and the experience needed to localize your content. That guarantees you’ll be completely satisfied with the result. And our platform generates a constantly updating glossary so that each successive localization takes advantage of our prior experience.
Let us know if you have further questions and we’ll gladly address them. After all, you can reach us 24/7 just by visiting www.motaword.com.