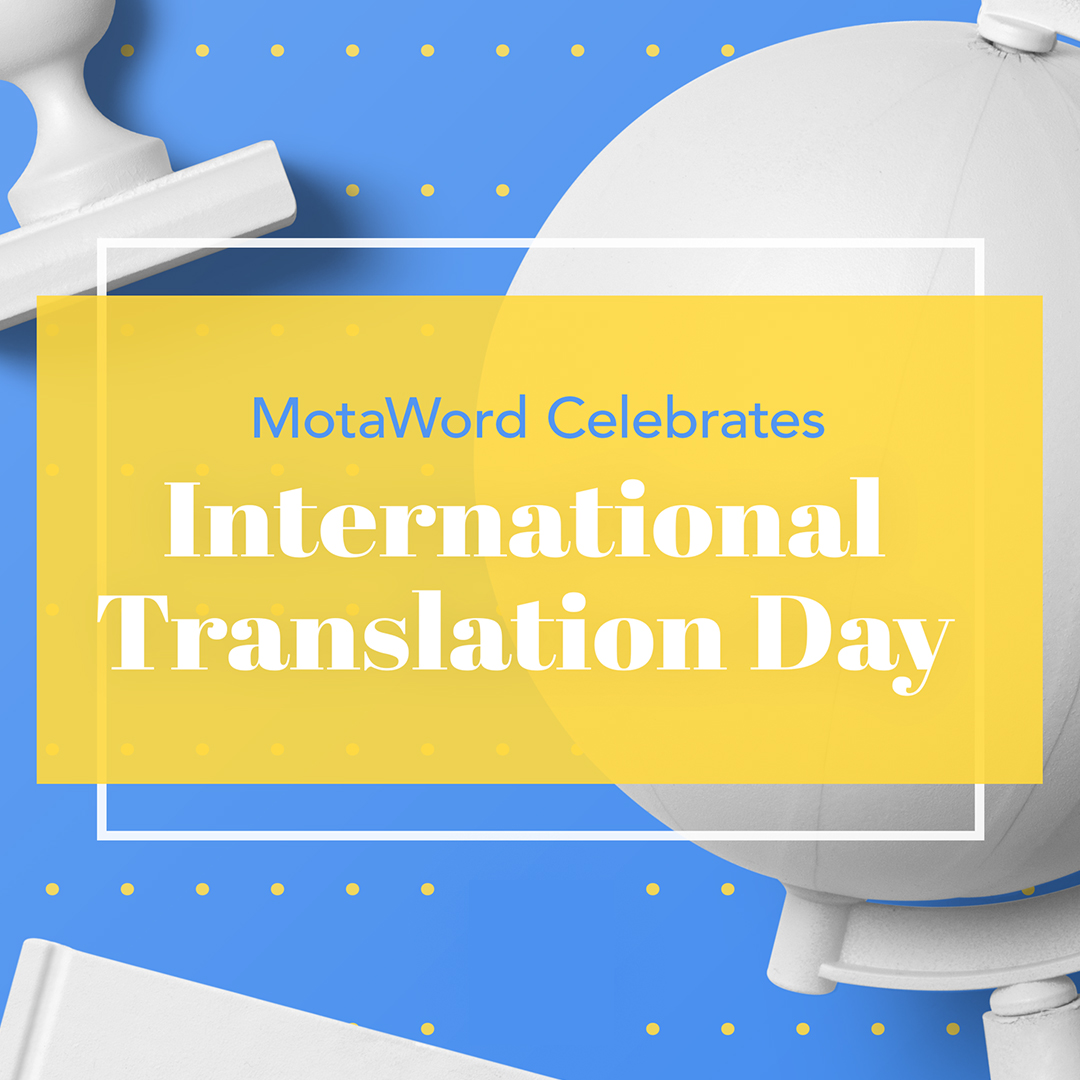 Learn about the origin of International Translation Day on September 30

If you read blogs about the translation world then I imagine that that, like me, you are a word nerd. So let's digress for a minute to look at the language that goes into crafting a resolution. Here's the United Nations resolution declaring September 30 Internal Translation Day. It's worth reading.

The United Nations General Assembly adopts a resolution on such and such a date.
The topic in this case: The role of professional translation in connecting nations and fostering peace, understanding, and development

And here's the fun part.

What follows next is a long list of statements, with an introductory word or phrase, supporting the idea that translations matter greatly in the world. (of course, I agree.) Each of these introductory phrases is essentially a synonym for the same thing. Here's a sample:

This list goes on for quite a bit more. It's fun to look at this from a language or rhetorical perspective.

Now, back to International Translation Day.

St. Jerome is the patron saint of translators. Seen from a Western perspective, one can see why. Also known as Eusebius Sophronius Hieronymus, St. Jerome was born (estimated) in 342 and died on September 30th in 420. He was a Catholic priest, theologian, historian, and translator who lived in what is now known as Croatia. His deep knowledge of Greek, Latin, and Hebrew lead him to do translations of the Bible from the original Hebrew into Latin as well as write commentaries on the Gospels.

The first organization to declare September 30th as International Translation Day was the International Federation of Translators. This was in 1953. It then took over fifty years for wider acceptance of this date that highlights the important work of translators.

In 2017 the United Nations adopted a resolution to acknowledge the important role that translators play in “connecting nations and fostering peace, understanding, and development”. And because St. Jerome is the patron saint of translators, September 30th was selected as International Translation Day.

The U.N. celebrates other languages as well:

MotaWord would like to join the rest of the international translation community in celebrating International Translation Day and all the translators around the world. By translating literary, scientific, professional, and human to human communications, we each play a small part in creating a more positive atmosphere for international discourse. Through their work, the world is a better place.