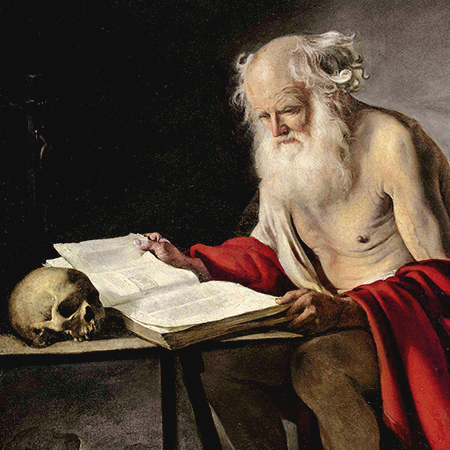 A Rebel Translator in a Biblical Era: St. Jerome

“For I myself not only admit but freely proclaim that in translating from the Greek I render sense for sense and not word for word, except in the case of the Holy Scriptures, where even the order of the words is a mystery.”

— Jerome to Pammachius, on the Best Method of Translating.

Eusebius Hieronymus, or St. Jerome as he would later be called,  was responsible for the most famous and successfully used version of the Latin translation of the Bible. Renowned for his intellect and translation skill he became a pioneer of biblical translation and one of the most talented biblical scholars of his time. Well educated, he rejected his Christian upbringing to behave as he wanted. At a visit to the crypts, he was confronted with his mortality and was scared into adhering to conservative Christian values. Baptized in 366 and became attracted to the Monastic life. Wanted to live as a hermit, but was renowned for his intellect and his skills at translation. He was eventually ordained with the promise that he could still do his own study.