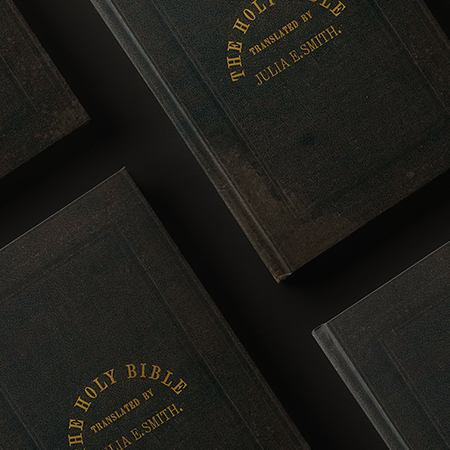 JULIA EVELINA SMITH: THE FIRST AND ONLY WOMAN TO TRANSLATE THE BIBLE

“It may seem presumptuous for an ordinary woman with no particular advantages of education to translate and publish alone, the most wonderful book that has ever appeared in the world, and thought to be the most difficult to translate.” - Julia Evelina Smith, on being the first woman to translate the Bible.

Of all the biblical scholars and translators to have worked on the Bible, Julia Evelina Smith is said to be the most interesting and most overlooked. A self-published professional translator and American women’s suffrage activist, Smith was the first woman to translate the Bible multiple times from its multiple original languages into English. She is also the author of Abby Smith and Her Cows, telling the story of Smith and her sister engaging in tax resistance during the American suffrage movement in Connecticut, where the pair were born. Her historical accomplishments alone deserve recognition, as she accomplished literary and political successes during a time when women were viewed as lesser beings.

Julia Evelina Smith’s biblical translation is a significant piece of history, touching more than one issue for equality. She translated the Bible unaided and is still the only woman to successfully attempt the project. Her only motivation was said to be a love of the Bible, and to gain a deeper understanding of the scriptures for her growth and her family’s. Her accomplishments are certainly worthy of honor.

August is Women in Translation Month.

For more about women in translation, visit our Famous Translators segment of MotaWord's blog.