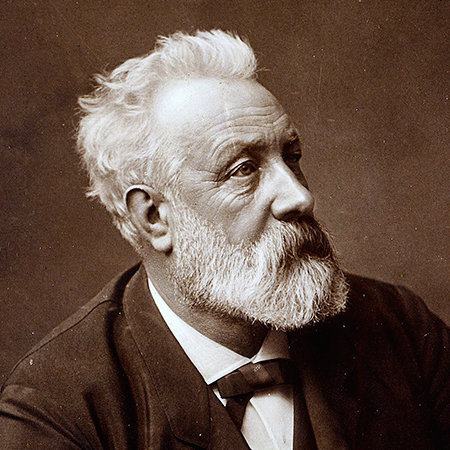 “Man is never perfect nor contented.”

Coming in second after Agatha Christie as the most professionally translated author in the world, Jules Verne, who died on March 24th in 1905, is known as one of the “father’s of science fiction.” His works are originally written in French, and translation of Verne into English began in 1852. The professional translation and localization of these works into English is extremely poor quality, however. The Guardian especially calls for “a better translation service” for Verne, and what better service than the The World's Fastest Translation Platform? Jules Verne’s work as it is translated into English is riddled with inaccuracies, and many English readers are calling for a “full reappraisal” of his work. Since his emergence in the 19th century, Jules Verne has been popular around the globe. The English versions were translated so badly so soon after their initial publications that many who claim to have read his novels haven’t scratched the surface of what Verne has to offer as an author.

Why does quality professional translation matter? Clearly, these poorly done translations have not affected Jules Verne’s popularity or fame, so why should today’s readers and translators be concerned about the faithfulness of Verne’s translations to the original French? The injustice lies in style. A good professional translator remains meticulously faithful to their source language. Ideological censorship has no place in localization. In the case of Verne’s work, as translated before 1960, different translated editions of the same novel differed wildly in terms of characters and even plot-lines, leading one critic to say that “the English-speaking world has never had a fair chance to know the real Jules Verne”. With the “standard” translated versions now in the public domain, free and low-cost copies of these ideologically censored are circulated without regulation. The more quality professional translators interested in translating Verne from the original French, the more likely it is that his words will touch any community of readers in the way he originally intended.

Could MotaWord translators be up to the challenge? Definitely.

For a complete bibliography of Jules Verne’s English translations that need to be redone, click here.

For more on translating science and science fiction, check out MotaWord’s obituaries for Stephen Hawking and Ursula K. Le Guin.

Check out other "Famous Translators" articles: